As you might remember, we’ve started our race for launching on iOS in the middle of February by hiring Vito for that very task. It took us a couple of weeks to get up to speed and build the core foundation of Swapit on the iOS platform.

As you also might remember from my blog post over a year ago about Choosing a Platform for Swapit,  we’ve been building our backend infrastructure on top of the Google Cloud Platform. The great thing about that is, we are building Swapit for massive scale from the ground-up. Our current growth rate of 100% month-over-month over the past 2 quarters, we have so far seen zero impact on the performance of our backend platform. At the same time, out Total Cost of Ownership remain very low as well. So that was an outstanding choice of platform.

Now, one of Swapit’s major road blocks to world domination is our missing presence on the iPhone. It’s not the only road block, but it’s a major one. When we raised our funding in December and again raised in February, one of the milestones we have attached to that funding was to bring Swapit to the iPhone and iPad as quickly as possible.

Just an hour ago, I submitted the Swapit beta 1.2 for iOS to Apple’s TestFlight. That is actually our 3rd beta, which we are testing with a very small group of testers right now. With each beta, we are increasing the number of beta testers for Swapit. In fact, we are building sprints every week that are being released to our beta testers. We a somewhat much leaner version of how sprints are defined in Scrum. Our goal is, to ship a new beta release each week, which we have been doing for the past 3 weeks already.

It is very challenging for developers to be able to deliver a working product release every week. Our team is doing their best to hold the schedule. It’s hard work, but it is definitely worth it! Having a working release of the whole app at pretty much any time during the development process, offers so many upsides: launching every week keeps our beta testers happy, they know we’re progressing and moving fast forward. At any time, we can fix a serious issue might arise in a release, which was launched a couple of days ago. So in the worst case scenario, users need to wait only a very short while to get their app fixed. At the same time, these rapid release cycles force us internally, to define small enough feature tasks that are doable within a day or two or at most a week.

Sprinting Around Corners and Cutting Short to Make the Goal

At the same time, we need to always keep our weekly release goal in mind. Even though, we might define small enough features and tasks to be completed within a week, sometimes some tasks and features suddenly turn up to be much more complex than anticipated. Therefore, we adjust the set of features and tasks for the next release in a very flexible way.

There can only be one most important goal for any software / product development or basically any business related team, and that is to bloody ship your product. If you have the greatest product and never ship, who cares what it is? No one will ever use it, never ever will you be able to build a business out of that product. Almost everyone can build a product, some people might be able to finally ship and even fewer might be able to build a profitable business out of that.

We at Swapit believe, with a lot of passion and a lot more of hard work, we will be able to see it through and keep growing Swapit to a revenue generating business with very attractive profit margins.

At The Swapit Office: Get A Fresh Free Coffee And Remember What Is Really Important!
The Sign Reads: “TO SHIP is the most important feature!”

Swapit on iOS so far

Next week’s release will definitely sport some more features in Swapit on iOS. We’re constantly increasing the number of our beta testers for iOS. For those, who have left their contact details and haven’t received a download link yet: We will get to you very soon. We’ve got quite a number of people interested and we’re on-boarding new beta testers FIFO style. So please stay tuned. You’ll hear from us very soon!

Got an iPhone and want to check out Swapit?
Put your name on the Swapit for iOS beta list! 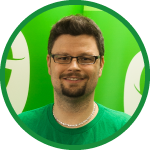 About the Author
Patrick is the Co-Founder and CEO of Swapit Limited. He has over 11 years experience in mobile and business in Asia through various ventures across very different domains. You can find our more about Patrick and the Swapit team at: http://www.swapit.la/#team