It’s holiday time, it’s gift time, and we want to give as well. That’s why we’ve just launched another great promotion where we’re giving away 3 Mobile Studio sets. They are lid up with LEDs and create a great environment for you to take the perfect photo of an item you want to sell on Swapit.

It’s really easy to participate: Open Swapit, post an item for sale, and you’re in the race for winning one of three mobilM Studio sets. Swapit user with the most item posts wins. 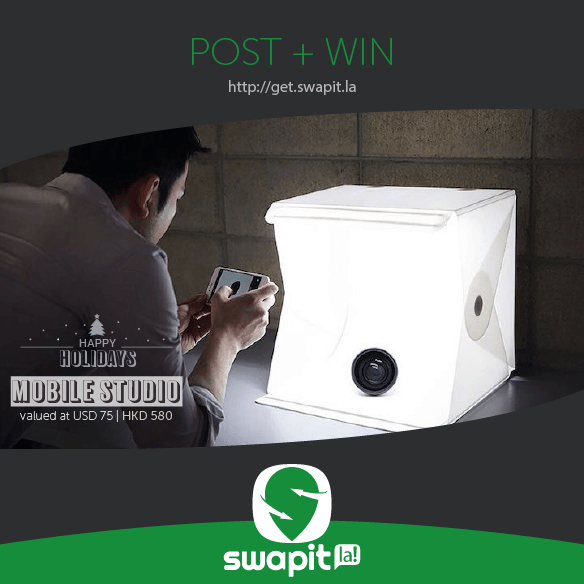 It only takes 30 seconds to post your item on Swapit. That’s it and you immediately joined joined the race to win one out of three Mobile Studio sets, valued at $75 (HKD580) each.

This promotion runs until January 2nd, 2017. In early January we will know the top three participants. So make sure you’re in and join right now!

Remember? Last year we gave away a OnePlus X in a similar promotion. It was great to see the happy winner back then, and now we’re giving away 3 Mobile Studios. So we are already excited to make 3 winners happy very soon.

If you have any question, feel free to contact us.

Have you tried Swapit yet? You can download it here: http://get.swapit.la